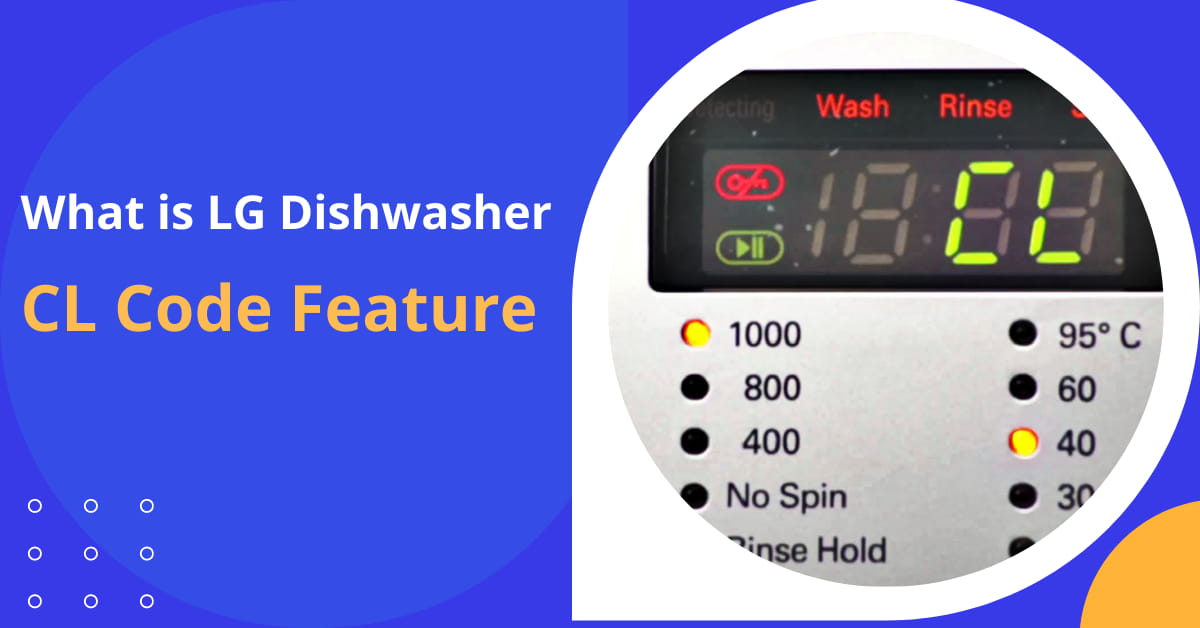 People usually misunderstand the CL code as an error. CL code that appears on LG dishwashers is not an error at all. It stands for Child Lock. When CL code appears on your dishwasher, then it means that the child lock is being activated. This feature ensures that the children around the appliance are safe.

How to Reset the CL Code on LG Dishwasher?

CL code that appears on your LG dishwasher doesn’t indicate any error. So, you don’t have to rush to call a technician. It is simply a child lock feature that you can reset quite easily. Hence, if you want to release or reset this feature, simply follow the given steps.

This process will release the child lock feature that was previously popping up on your dishwasher’s display. Besides this, every LG dishwasher model has various unlock combinations. You have to check your dishwasher’s manual to select which two buttons you will have to choose to deactivate this feature.

Some LG dishwashers have a lock and unlock icons. Then you have to press the lock and unlock buttons simultaneously to release the CL feature. If you are unsure which buttons to press, it’s best to check your user’s manual for guidance.

How to Activate CL Code on LG Dishwasher?

Activating the child lock feature on your LG dishwasher will block all buttons and features. This mode will protect your children if they are playing around the appliance. It prevents them from opening the dishwasher door for their own safety. Every LG dishwasher model has specific buttons to hold for the activation of the CL code. You can activate this feature by following methods mostly.

1. What does CL code error mean on the LG dishwasher?

If your LG dishwasher is showing CL code on display, then it means that the Child Lock is being activated. It is a blocking feature that jams the door, buttons, and dishwasher features to protect children roaming around your dishwasher.

2. How to clear the CL code on the LG dishwasher?

Depending on its model, you can fix the CL code on the LG dishwasher. The most common method of CL code unlocking is:

3. How to reset the LG dishwasher?

You can reset your LG dishwasher by following easy steps.

AE error code on an LG dishwasher indicates water leakage inside the appliance. The leak sensor in the dishwasher senses the water leakage, and a combination of symbols arises from it. Read more here about it.